The new version of the EC-Engineer Web contains many new features which are described on the following page. But there are also a few technical things to mention. This new release is now based on .NET Core 3.1 (LTS version). The Angular version and the controls has also been updated. The updated components lead to an improved stability and a state-of-the art design.

Version V2.0 of EC-Engineer Web includes multiple new functions for creating the configuration for the EtherCAT network simulation software EC-Simulator. This enables the simulator to better simulate the real slaves with their properties.

Simulated slaves that support CANopen-over-EtherCAT (CoE) include an Online Dictionary. The EXI (Extended Network Configuration) file may optionally contain the slave-specific Object Dictionary declarations. These slave-specific Object Dictionary declarations can be generated from the ESI file provided by the device manufacturer, or uploaded from the slaves via the EtherCAT network. In addition to the overall structure of the object dictionary, even the objects’ data can also be included in the EXI file. 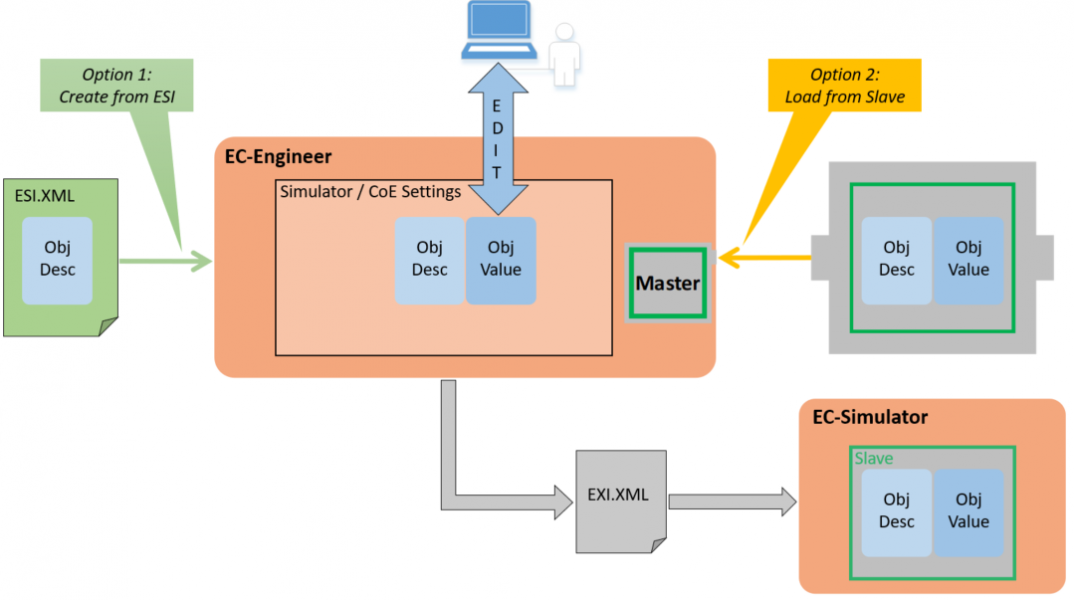 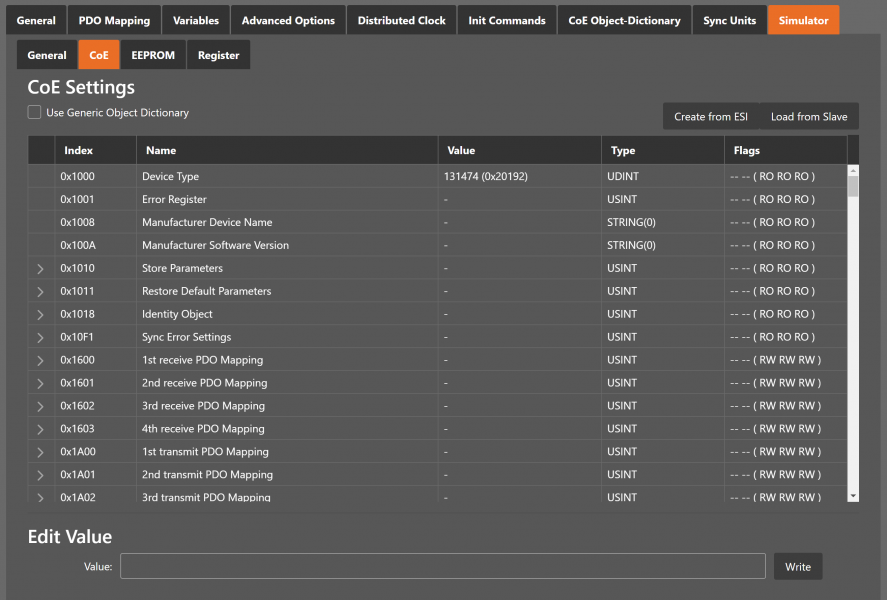 As the screenshot shows, there is also the possibility to edit the EEPROM and the Register values of the slave. Also some specific topology options can be set.

For example, a typical application may have one task for servo drives that requires very fast cycle times, and another task for I / O data that does not need very fast processing or special cycle time requirements.

It is also possible now to edit variables directly in EC-Engineer Web. That makes it a lot easier to track specific variables and use them within EC-Master. The changed variable names will of course also be in the ENI file.