This enables the user to switch the master within EC-Engineer into “Diagnosis Mode” without the need for physical slaves devices present on the network. The built-in EtherCAT master will initialize all configured slaves and put them into operational state. This can be monitored in the project explorer view as well as in the other tabs within the program.

Also, EC-Engineer can now establish an online communication via the Remote Access Server (RAS) to the EC-Simulator core. This enables the possibility to inspect the simulated slaves. For example, you can check the state, monitor the master output variables, force the master input variables, and much more. 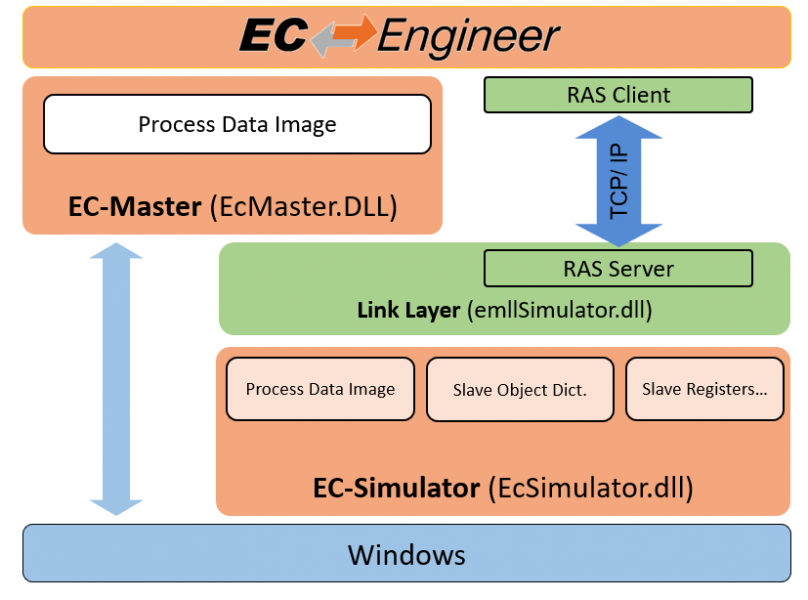 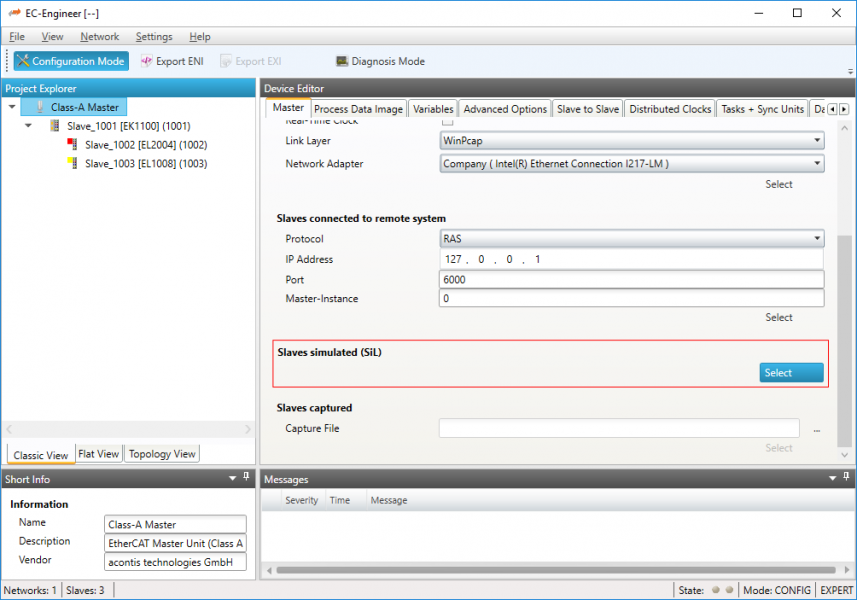 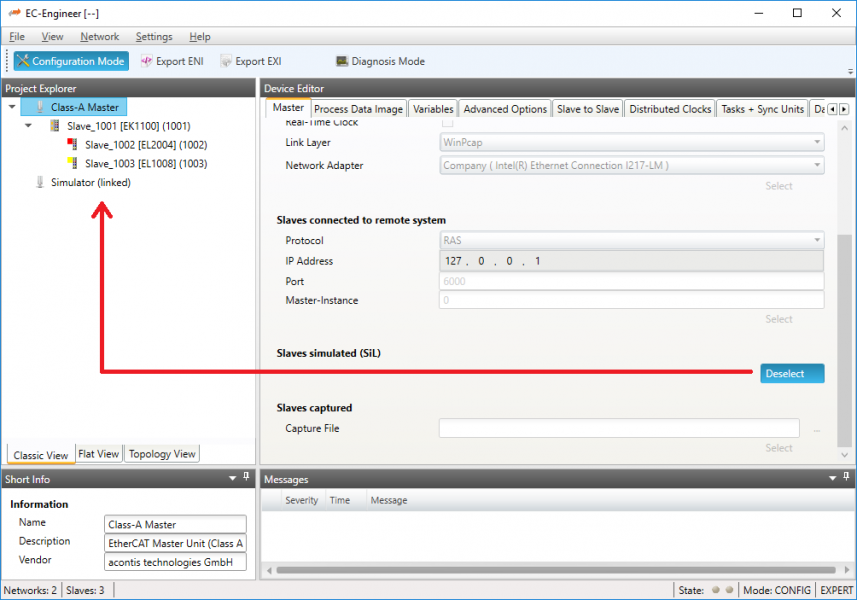 Online View with EC-Master and Simulator 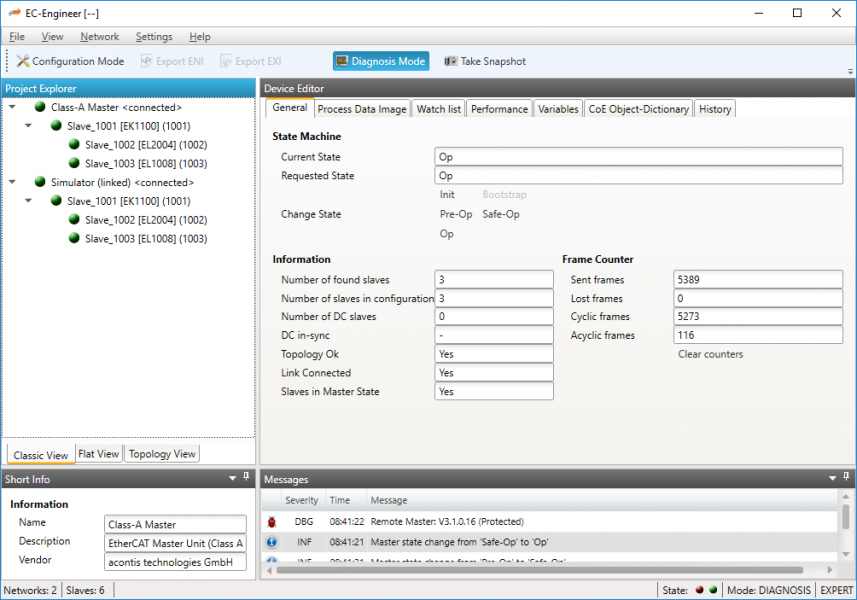 The new version of EC-Engineer now supports the ability to execute scripts before scanning and switching to diagnosis mode and when switching back to configuration mode. This is useful for Remote Configuration and Remote Diagnosis to start/stop the EC-Master on the controller hardware. This automation is a great way to simplify the workflow and reduce manual steps. It is possible to manage up to eight scripts in a very flexible, user-friendly way, even with the possibility to add a delay between the scripts.

The following screenshot shows the tab within EC-Engineer to select the script. 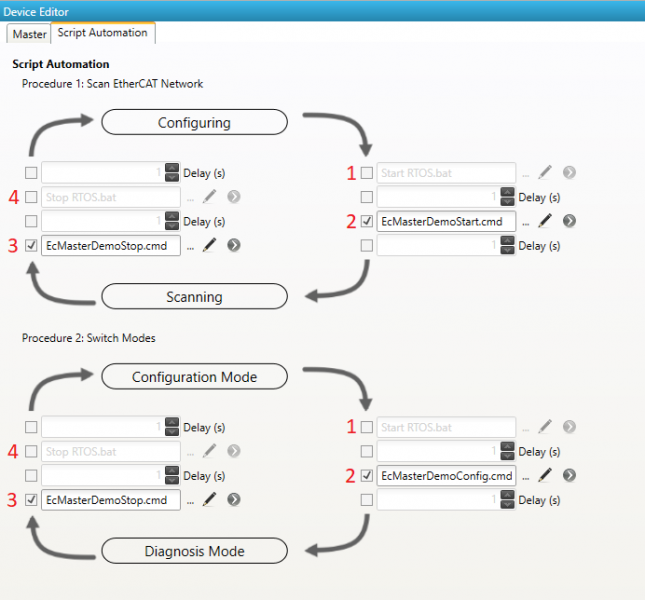 Procedure 1 is used for scanning the network. There is the possibility of starting two scripts before the scan, and two scripts after the scan. It is also possible to set a delay between them. One use-case for this could be to start LxWin, then start the master on the real-time system and scan the network. Then stop the master and stop LxWin.

The “Configuration” and “Configuration Mode” circles are the starting points. Then the scripts are called clockwise following the arrows and the red numbers.

The Network Driver Interface Specification (NDIS) is the specification for a network driver architecture that allows transport protocols like TCP/IP to communicate with an underlying physical network adapter. For sending and receiving EtherCAT frames in Windows, EC-Engineer makes use of the well-known Windows packet capture library, WinPcap. However, WinPcap was based on the NDIS 5.x driver model, and development has ceased. The latest versions of Windows 10 do not support this old NDIS 5.x version anymore, so now EC-Engineer V3.2 includes an installation package to install the acontis NDIS 6.x Filter Module (EcatNdis.sys). With this new Filter Module and the new NDIS Link Layer (emllNdis.dll), it is now possible for EC-Engineer to work without WinPcap on all Windows 10 versions.