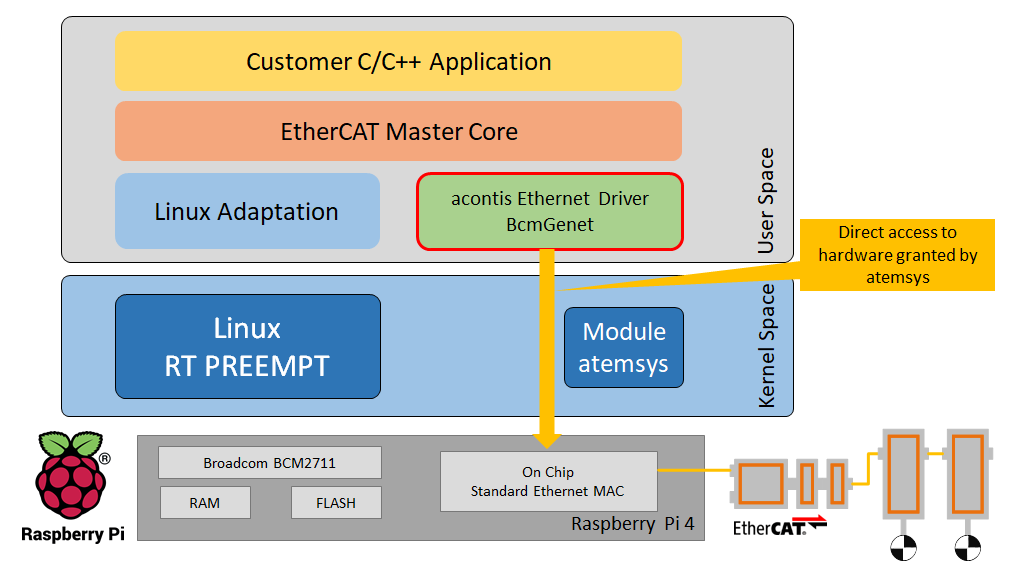 The new EC-Master function emSelfTestScan() sends a burst of numerous frames and analyzes the slave connections. After deactivating the job task, frames will be sent as fast as the acontis Ethernet driver (Link Layer) can send them. The size of the frames increases and decreases between the defined limits. The API BadConnectionsDetect will analyze the slave connections based on the parameters that are specified.

The existing example applications (EcMasterDemo and EcMasterDemoDc) demonstrate numerous capabilities of the EC-Master stack and this can be overwhelming for new users new to EtherCAT and to EC-Master. Therefore, we decided to offer an additional example application that is a more simple demo to ease into the EC-Master code. The new simple demo focuses just on the necessary APIs and functions to startup the EC-Master EtherCAT Master along with the attached network and bring everything into Operational state (OP). 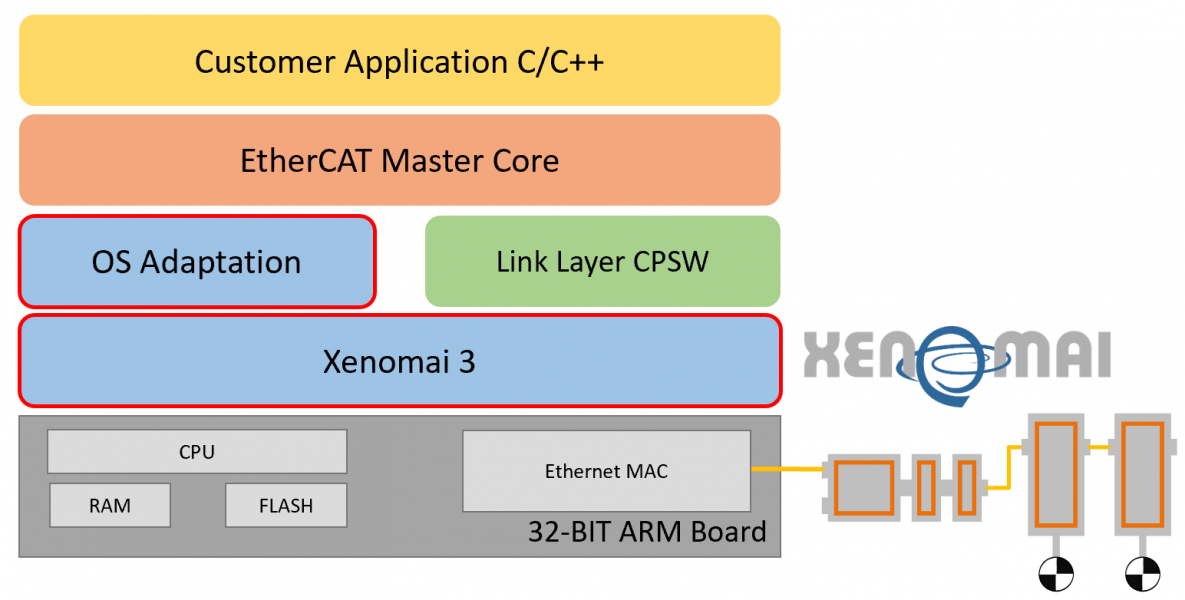 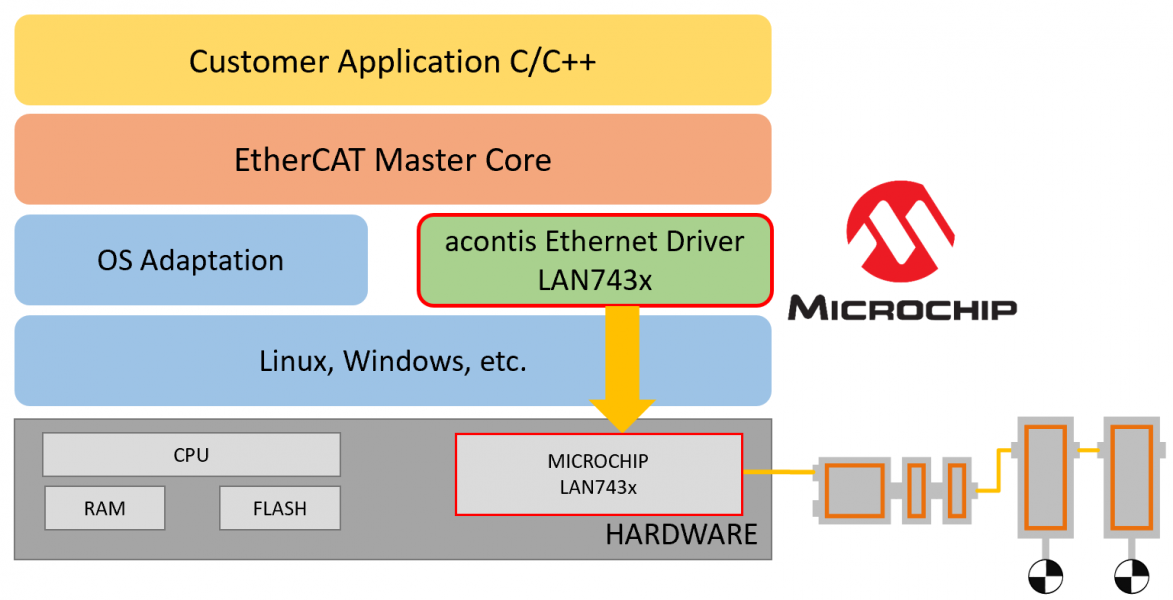 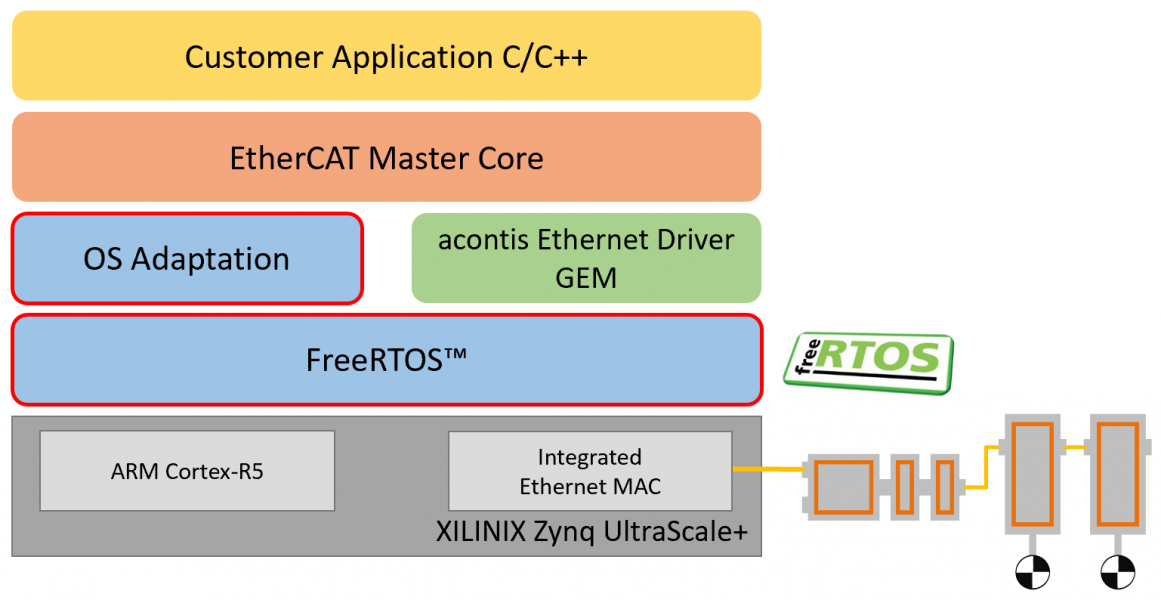 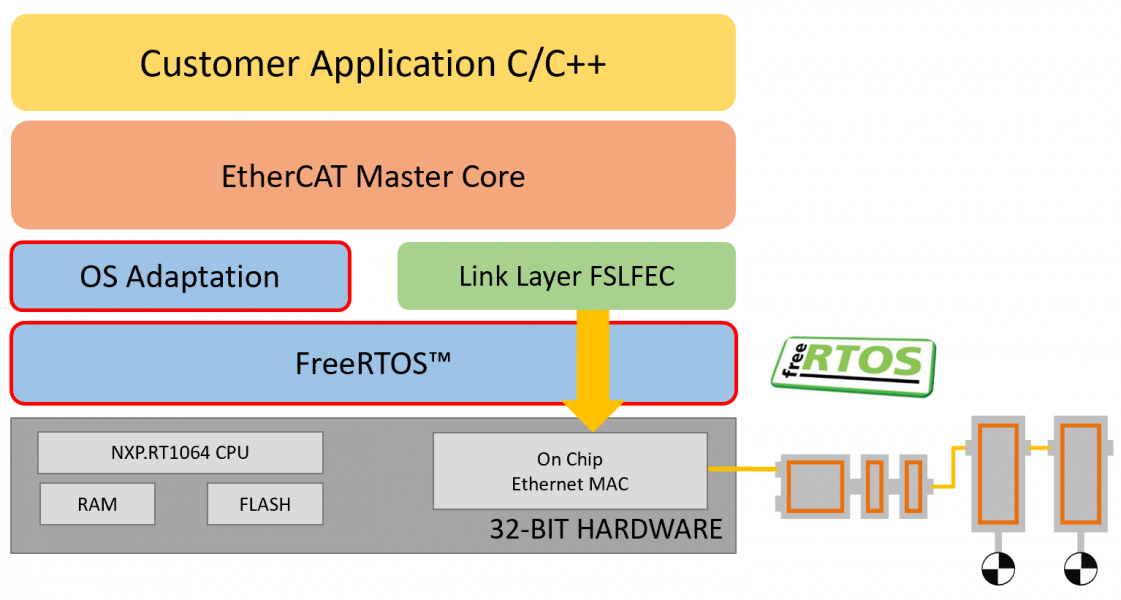 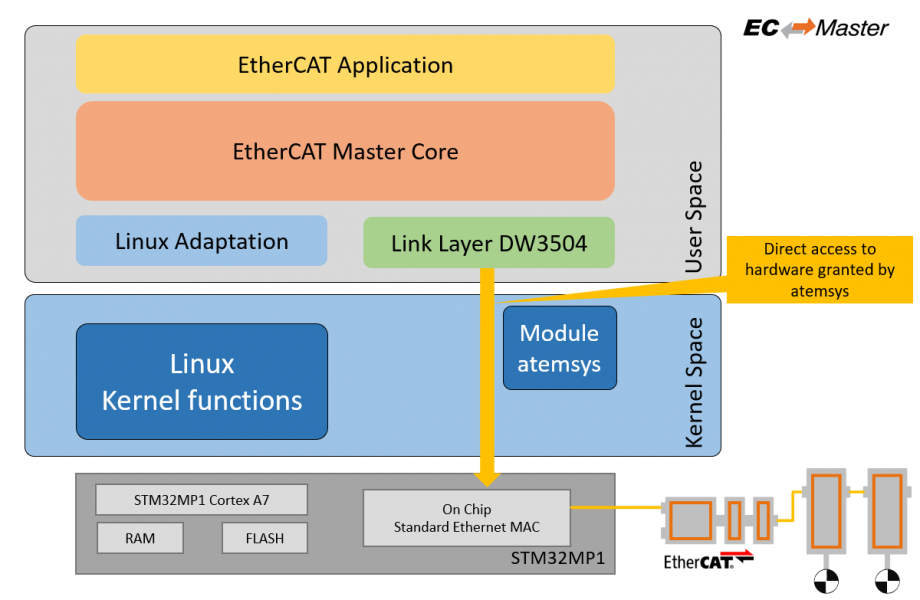 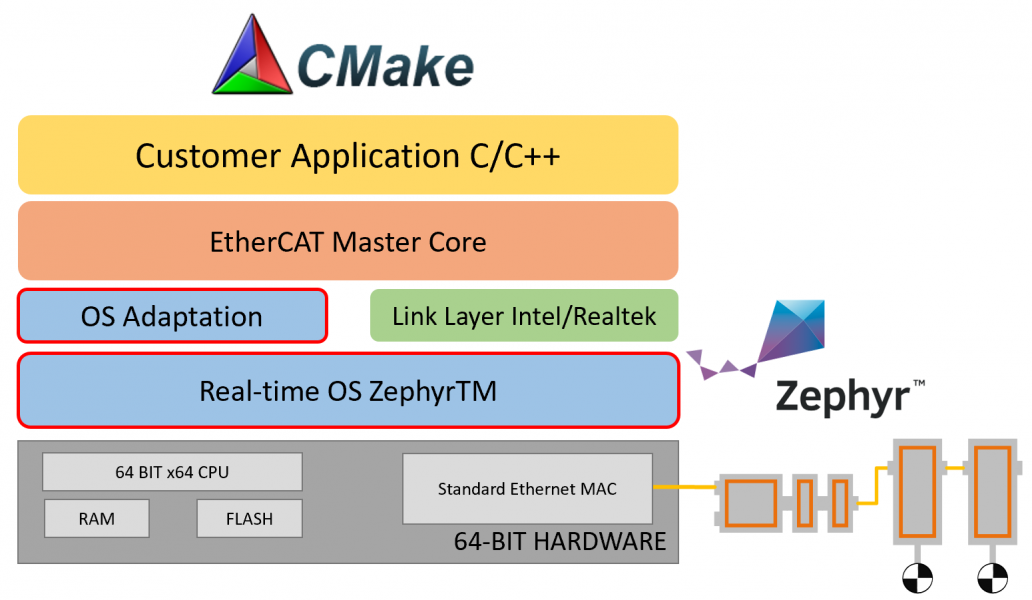 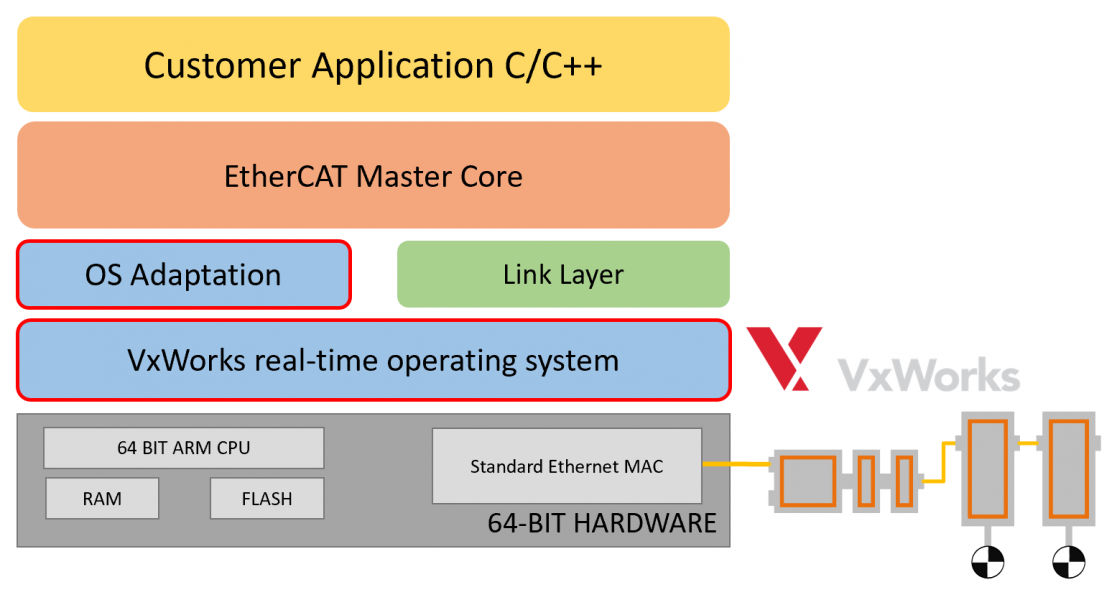 The Linux operating system provides drivers for most common Ethernet controllers and the related physical transceivers (PHY). The manufacturer specific PHY circuit is handled by a dedicated kernel driver.
To make use of this infrastructure, the acontis kernel module atemsys has to be included in the Linux device tree as an official driver for the Ethernet controller. As a result atemsys can interact with Linux drivers.
Depending on the hardware architecture, atemsys can grant access to the MDIO bus to the Linux drivers, or request MDIO operations by Linux drivers.
The PHY “OS Driver” functionality is configured exclusively through the Linux device tree and doesn’t required any additional configuration at the application level. 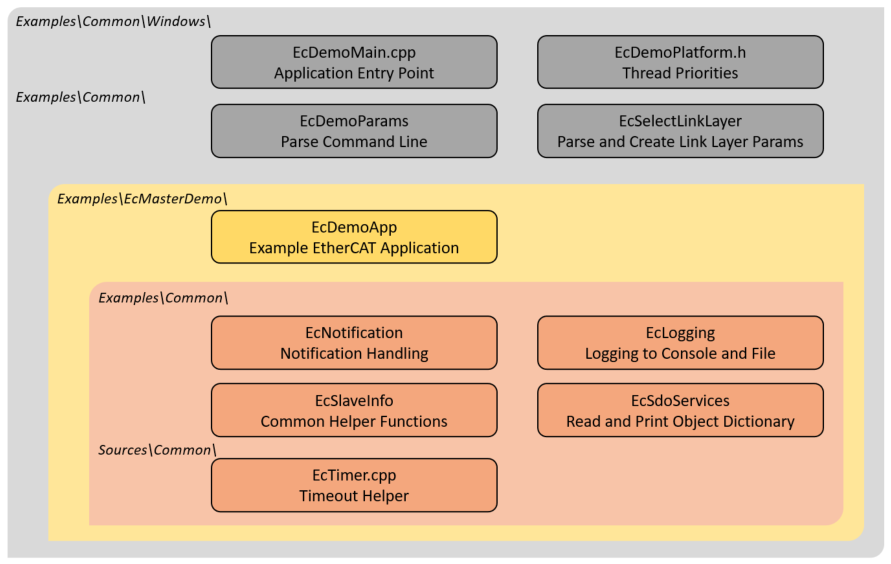 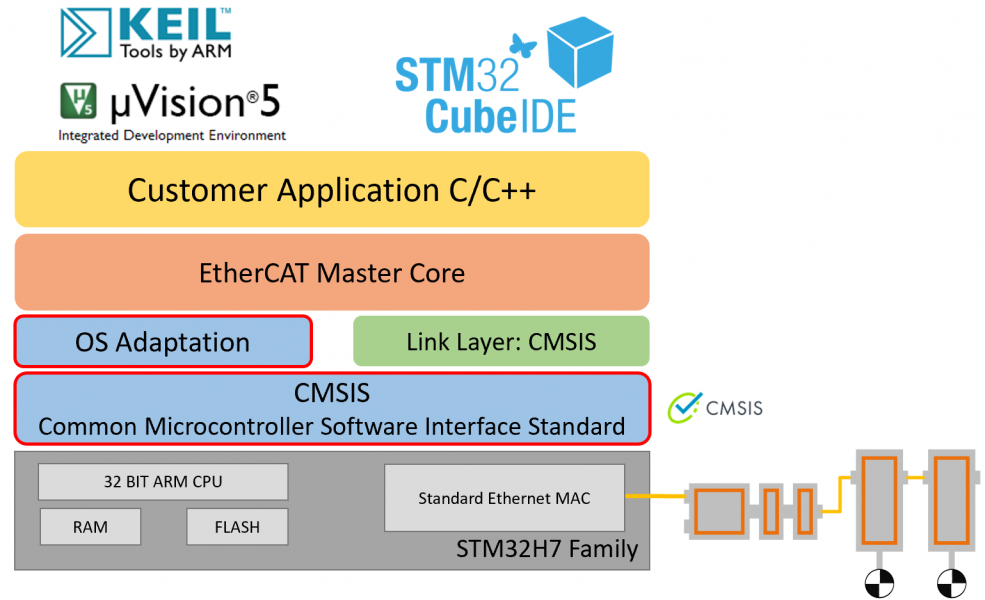 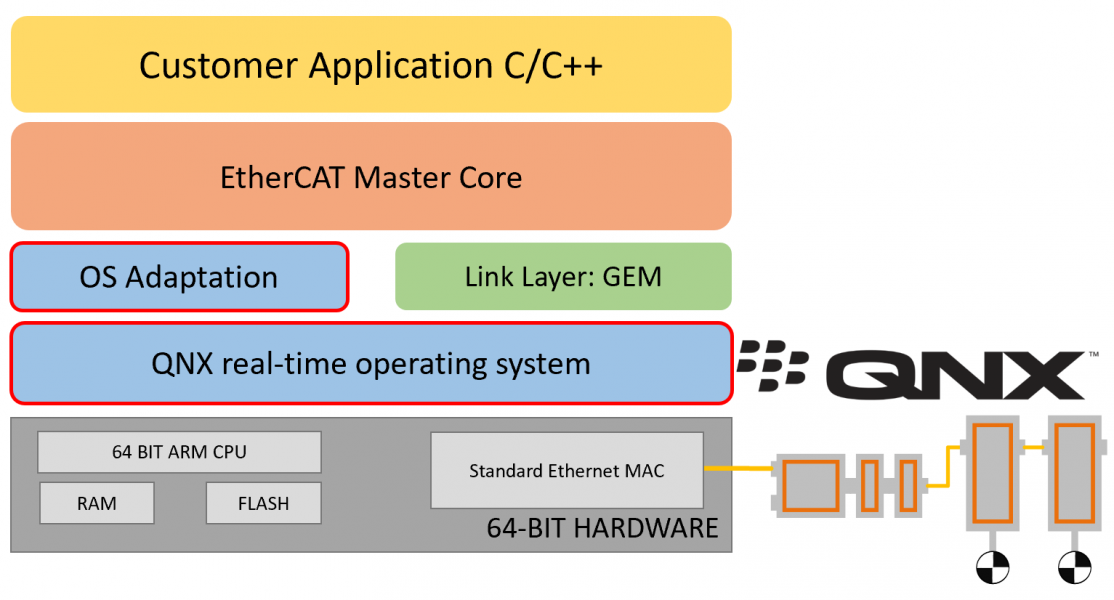