On Time Informatik's embedded operating system is especially optimized for x86 CPUs, meets hard real-time requirements and implements a Windows subset kernel.
It is one of the fastest real-time operating systems on the market running on x86 CPUs. Scheduler performance information can be found here.
On Time RTOS-32 can be fully integrated in Microsoft Visual Studio and supports about 290 Win32 API functions. more...

Most important features at a glance

RTOS32Win: based on new Hypervisor technology 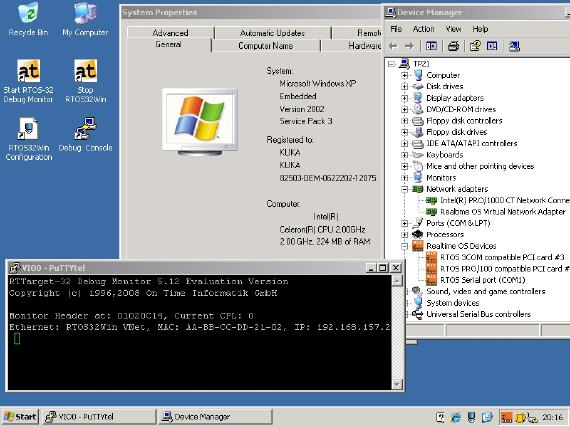 Data sheets and evaluation versions are available in the download area.